1469 Execution of the Woodvilles

1483 Execution of the Woodvilles and their Affinity

1486 Christening of Arthur Prince of Wales

1487 Coronation of Elizabeth of York 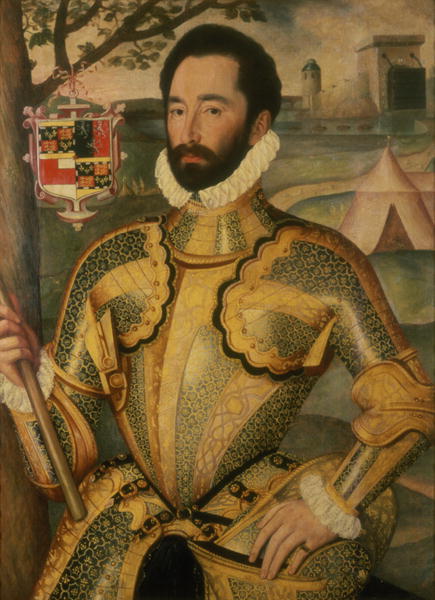 Execution of the Woodvilles

Execution of the Woodvilles and their Affinity

In Oct 1483 Buckingham's Rebellion was an attempt to replace Richard III King England 1452-1485 (30) with Henry Tudor (26) . Richard Haute -1487 took part.He escaped execution, and was subsequently pardoned.
Richard Woodville 3rd Earl Rivers 1453-1491 (30) was attainted.
On 02 Nov 1483 Henry Stafford 2nd Duke Buckingham 1454-1483 (29) was beheaded in Salisbury Marketplace for his part in the rebellion. His son Edward Stafford 3rd Duke Buckingham 1478-1521 (5) succeeded as 8th Earl Stafford (1C 1351) , 9th Baron Stafford (1C 1299) .
On 08 Nov 1483 Thomas St Leger 1440-1483 (43) was executed at Exeter Castle, Exeter, Devon .
Thomas Grey 1st Marquess Dorset 1455-1501 (28) and Eleanor Bohun Countess Ormonde 1304-1363 escaped to Henry VII in Brittany . Walter Hungerford 1464-1516 (18) , Giles Daubeney 1st Baron Daubeney 1451-1508 (32) and Edward Courtenay 1st Earl Devon -1509 took part.!The rebellion was suppressed by Richard Guildford 1450-1506 (33) and Robert Willoughby 1st Baron Willoughby Broke 1452-1502 (31) .
On 04 Dec 1483 George Browne 1440-1483 (43) was beheaded at Tower Hill .
On 23 Jan 1484 Margaret Beaufort Countess Richmond 1443-1509 (40) was subject to an attainder in the first Parliament of Richard III for her involvement.Whilst the Act was described as an Attainder Richard in effect transferred all of Margaret's property to her husband Thomas Stanley 1st Earl Derby 1435-1504 (48) as follows:
An act for the attainder of Margaret, countess of Richmond (40) :
Because Margaret, countess of Richmond, mother of the king's great rebel and traitor, Henry, earl of Richmond, has lately conspired, leagued and committed high treason against our sovereign lord King Richard III in various ways, and in particular by sending messages, writings and tokens to the said Henry, urging, instigating and stirring him by them to come into this realm to make war upon our said sovereign lord; to which urging, instigation and stirring the said Henry applied himself, as experience has recently shown. Also, the said countess supplied great sums of money within the city of London as well as elsewhere in this realm to be employed in the execution of the said treason and malicious purpose; and the said countess also conspired, leagued and plotted the destruction of our said sovereign lord, and knew of and assented to, and assisted in the treason planned and committed by Henry, late duke of Buckingham, and his supporters, for which he and some of his supporters have been attainted by an act in this present parliament. Nevertheless, our said sovereign lord, of his special grace, mindful of the good and faithful service which Thomas, Lord Stanley, has given and intends to give our said sovereign lord, and for the sincere love and trust which the king has in him, and for his sake, remits and will forbear the great punishment of attainting the said countess, which she or anyone else doing the same has deserved; and in consideration of the foregoing, our said sovereign lord wills that it be enacted, ordained and decreed, by the assent of the lords spiritual and temporal and the commons assembled in this present parliament, and by authority of the same, that the said countess henceforth shall be legally unable to have, inherit or enjoy any manors, lands or tenements, or other hereditaments or possessions whatsoever, and also henceforth shall be unable to bear or have any name of estate or dignity; and that the said countess shall forfeit to our said sovereign lord the king and his heirs all the castles, manors, lordships, lands, tenements, rents, services, reversions and other hereditaments and possessions, whatsoever they may be, of which the said countess, or anyone else to her use, is now seised or possessed of estate of fee-simple, fee-tail, term of life, in dower or otherwise. And be it ordained by the said authority that all the said castles, manors, lordships, lands, tenements, rents, services, reversions and other hereditaments with the appurtenances of which the said countess, or anyone else to her use, is now seised of estate of fee-simple or fee-tail, shall remain to the said Thomas for term of his life, and after his death to our said sovereign lord the king and his heirs. And moreover, all the lordships, manors, lands, tenements, rents, services and reversions of which the said countess, or any other person to her use, is now seised of estate, term of her life or in dower, shall remain to the said Thomas during her life. And if the said Thomas dies during the lifetime of the said countess, they shall remain to the king; saving to every person and persons, except the said countess and her heirs, their right, title and interest in the said lands and tenements. 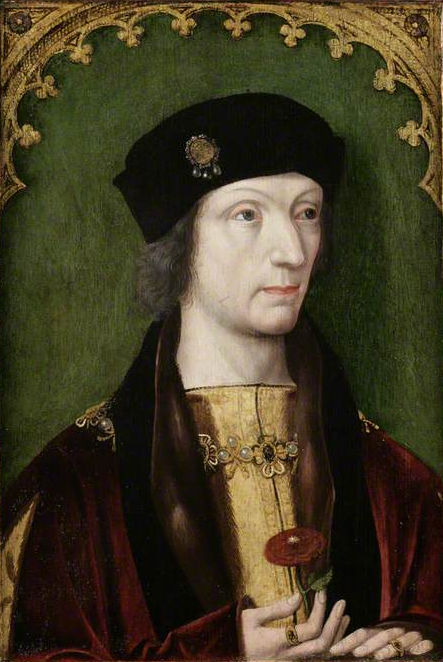 Christening of Arthur Prince of Wales

Coronation of Elizabeth of York