Times Newspaper Deaths. 14 Feb 1873. DEATH OF LADY CADOGAN. We have to announce the death of the Countess Cadogan, which occurred on Tuesday at Cadogan House, Belgravia. The deceased, who had long been an invalid, was the third daughter of the late Hon. and Rev. Gerald V. Wesley D.D., and Lady Emily, eldest daughter of the first Earl Cadogan. She was born in February, 1812 [NOTE. Sources state 16 Jan 1808], and married July 13, 1836, her cousin, the present Lord Cadogan (60), then Viscount Chelsea. She leaves issue four eons and a daughter.

Times Newspaper Deaths. 13 Feb 1867. DEATH OF LORD FEVERSHAM. We regret to announce the death, after a short illness, of Lord Feversham, which occurred on Monday night at his residence in Great Cumberland Street. The late William Duncombe Baron Feversham, of Dancombe Park, County York, in the Peerage of the United Kingdom, was son of Charles first Lord by his marriage with Lady Charlotte Legge, only daughter of William, second Earl of Dartmouth. He was born on the 14th of January, 1798, so that he was in his 69th year. The deceased nobleman was educted at Eton College, and afterwards proceeded to Christ Church College, Oxford University, Oxford. He married l8th of December, 1823, Lady Louisa Stewart (63), third daugtter of George, eighth Earl of Galloway, by whom,who survives his Lordship, he leaves issue the Hon. Wiliam E. Duncombe (38), M.P., and Captain the Hon. Cecil Duncombe, of the 1st Life Guardsa, and three daughters, the Hon Jane, married l1th of April, 1849, to the Hon. Laurence Parsons; the Hon. Gertrude (39), married 27th of November 1&19, to Mr. Francis Horatio Fitzroy (43); and the Hon. Helen, married 18th of July, 1855, to Mr. William Becket Denison. Previously to his accession to tbe peerage on the death of his father in July, 1841, he repreeented Yorkshire in the House of Cormmons from 1826 to 1830. At the general election in 1831 he was unsuceessful candidatu for the coenty, but was returned for the North Riding in the following year, which he continued to represent till 18S1. He voted against the Reforzn Bill of 1832, and was uniformly in favour of agricultural protection. He took great interest in agricultural pursuit, And was a distinguished member of the Royal Agricultural Society, of which he was one of the trustees The deceased noblemna is succeded by his eldest son, the Hon. Wiliam Ernest Duncombe (38), above me6tioned, who was born January 28 1829, and married, August 7, 1851, Mabel Violet, second daughter of the late Right Hon. Sir James Graham, of Netherby. He was M.P. for East Retford from February, 1852, to 1857 and elected for the North Riding of Yorkshire inI 1859, anA was also returned at the last general election After a sharp contest, being second on the poll. He is Captain of the Yorkshire Yeomianry (Hussars) Cavalry, and Lientenent Colonel of the 2d North Riding like his deceased father, he is a supporter of Lord Derby, but in favour of such a measure of Parliamentary Reforms would give no undue preponderance to any one class, but would ensure to a fair distribution of political privileges. 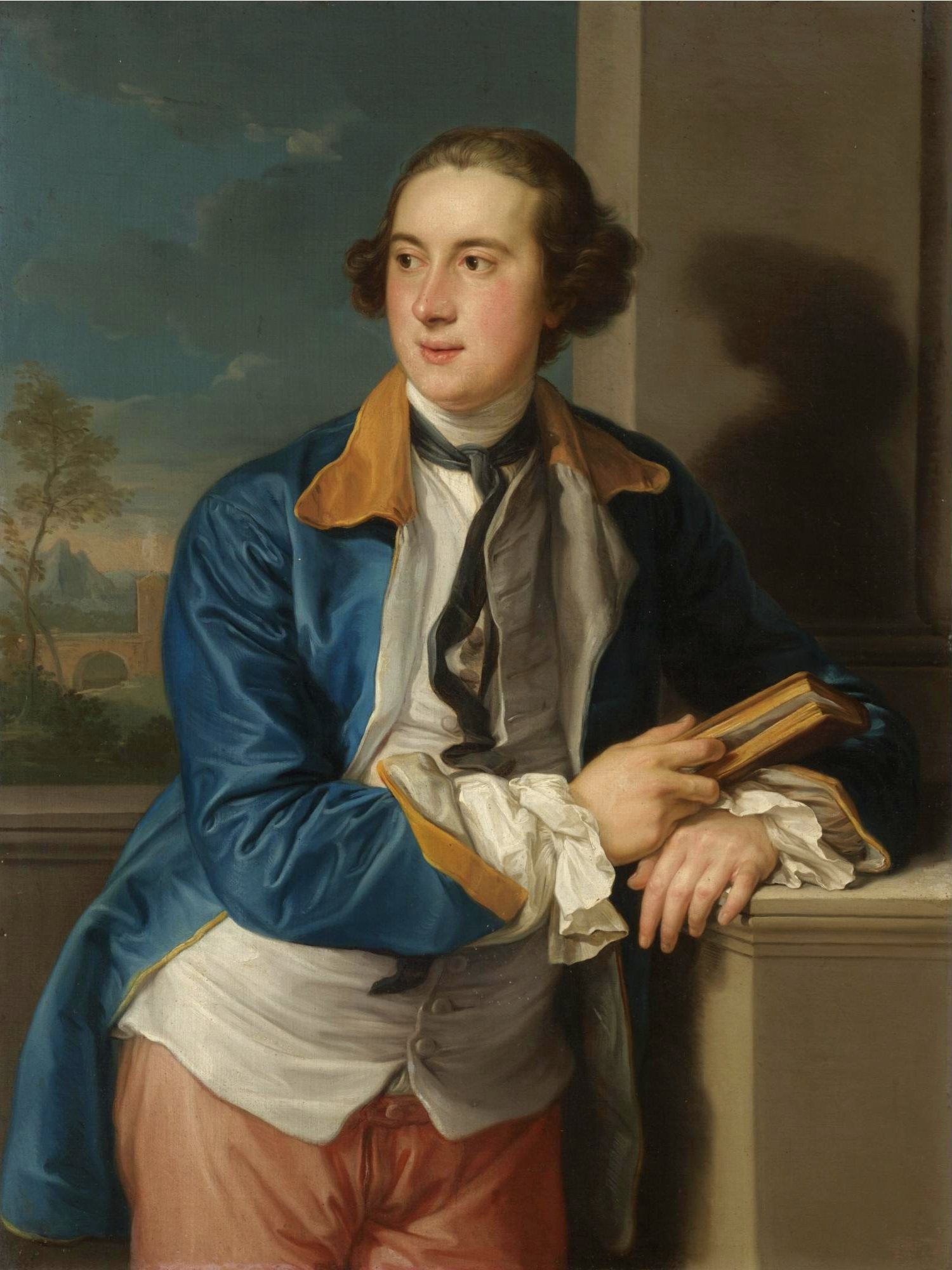 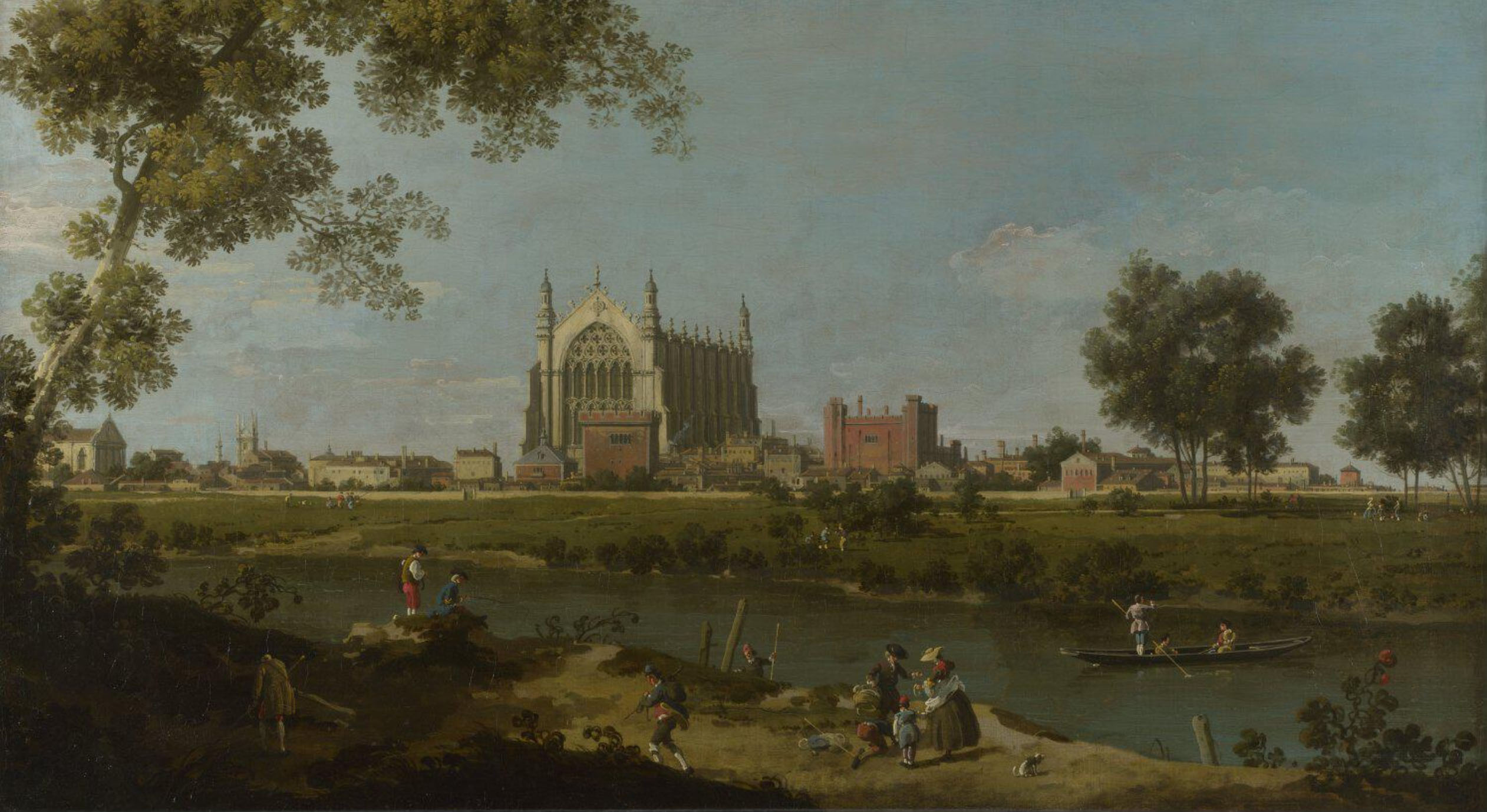 Around 1754. Canaletto Painter 1697-1768. View across the River Thames to Eton College with the new Eton College Chapel, Eton College visible in white stone and the original Tudor buildings in red brick.