On Jun 1368 Lionel Plantagenet 1st Duke Clarence 1338-1368 (29) and Violante Visconti 1354-1386 (14) were married in the Church of Santa Maria Maggiore, Milan. The wedding festivities were lavish and ostentatious.[4] The banquet, held outside, included 30 courses of meat and fish presented fully gilded. Between the courses the guests were given gifts such as suits of armor, bolts of cloth, war horses, arms, and hunting dogs. Among the guests were Geoffrey Chaucer 1343-1400 (25)

died. He was buried at Poets Corner, Westminster Abbey.

Detail of the North Side of the. Monument to Alice Chaucer Duchess Suffolk 1404-1475

, Katherine being the sister of Alice's paternal grandmother Philippa Roet 1346-1387

house, but nothing observable save the Mount, to which we ascended by windings for near half a mile. It seems to have been cast up by hand. We passed by Colonel Popham's (49), a noble seat, park, and river. Thence, to Newbury, a considerable town, and Donnington, famous for its battle, siege, and castle, this last had been in the possession of old Geoffrey Chaucer

. Then to Aldermaston, a house of Sir Humphrey Forster's, built à la moderne. Also, that exceedingly beautiful seat of my Lord Pembroke (33)

, on the ascent of hill, flanked with wood, and regarding the river, and so, at night, to Cadenham, the mansion of Edward Hungerford

, where we made some stay. The rest of the week we did nothing but feast and make good cheer, to welcome my wife (19)

John Evelyn's Diary 1667 August. 03 Aug 1667. Went to Mr. Cowley's funeral, whose corpse lay at Wallingford House, and was thence conveyed to Westminster Abbey in a hearse with six horses and all funeral decency, near a hundred coaches of noblemen and persons of quality following; among these, all the wits of the town, divers bishops and clergymen. He was interred next Geoffry Chaucer

, and near Spenser. A goodly. Monument is since erected to his memory.
Now did his Majesty (37) again dine in the presence, in ancient state, with music and all the court ceremonies, which had been interrupted since the late war. 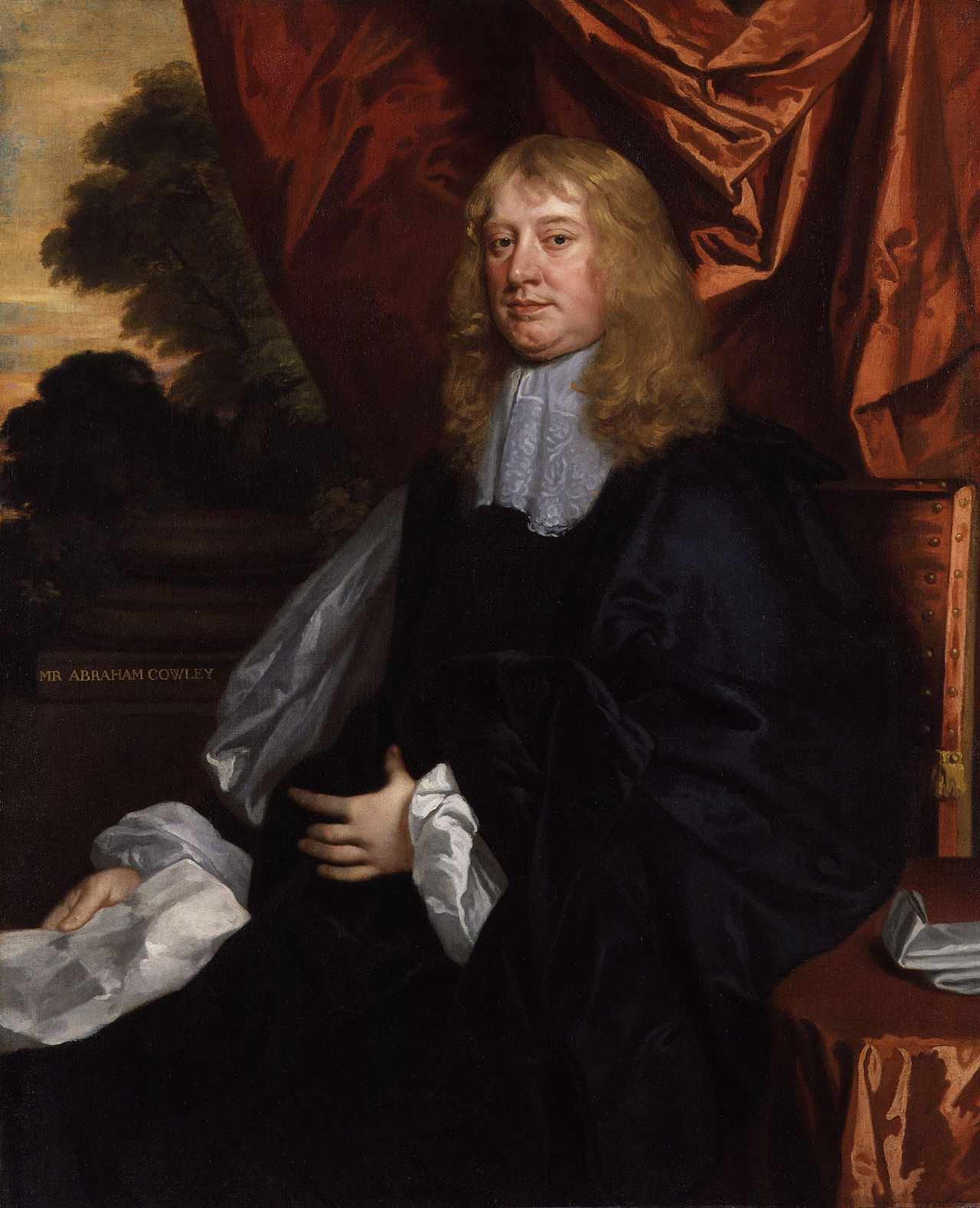