died. He was buried at All Saints Church, Narborough. 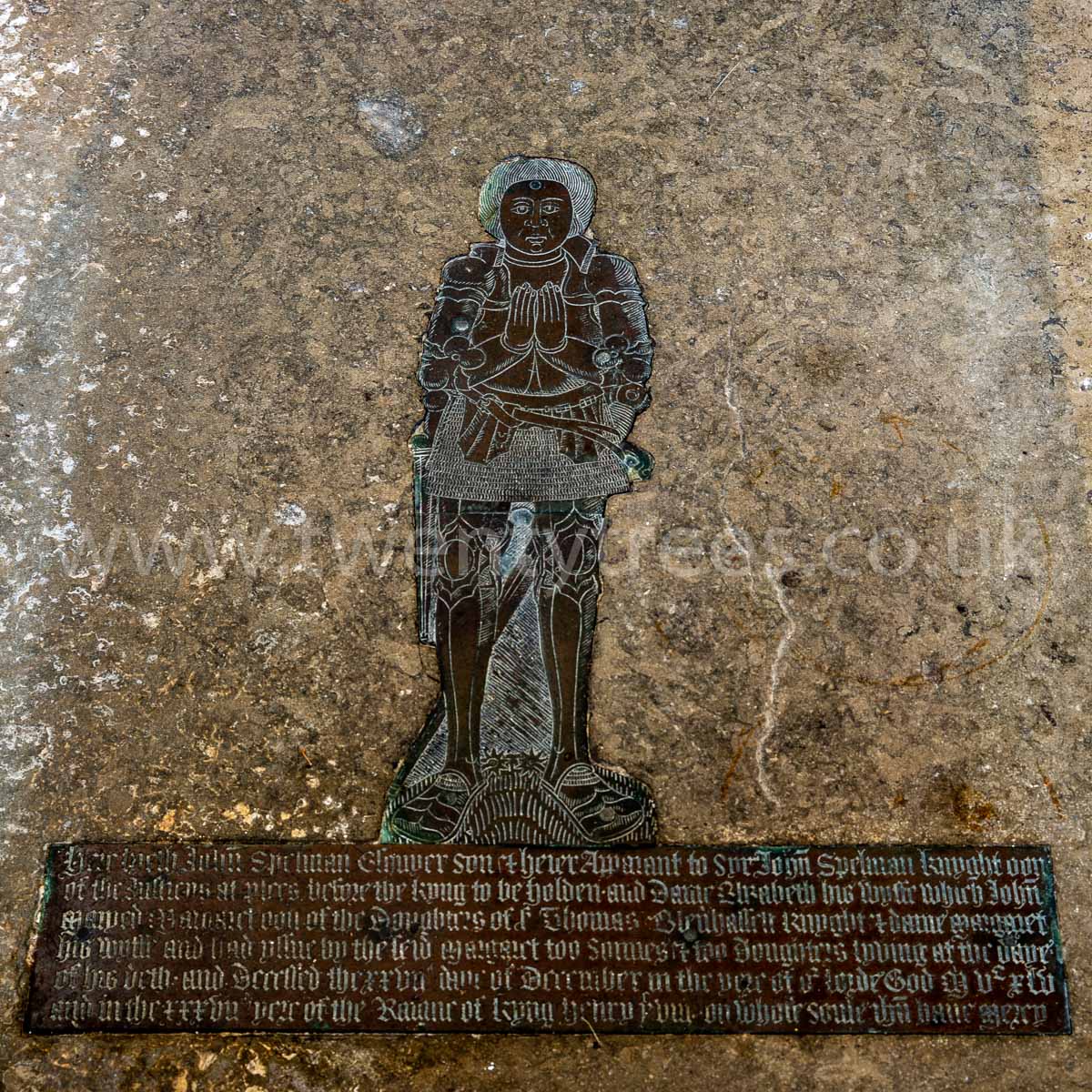 died. They were buried in All Saints Church, Narborough. Brass. The inscription on the brass says “Here do lye John Eyer Esquire late Receyvor Generale to Elizabeth the Quenes Majestie, in the counties of Norf., Suff., Cantabridge, and Huntyngton, and one of the Masters of her High Court of Chancerye and Margaret his wyfe, one of the daughters of Sir Thomas Blenerhaiset of Frens Knight late Wyfe of John, Spelman Esquire, son and heyre apparent of Sir John Spelman, Knyght.” Armorials top left and middle Quartered 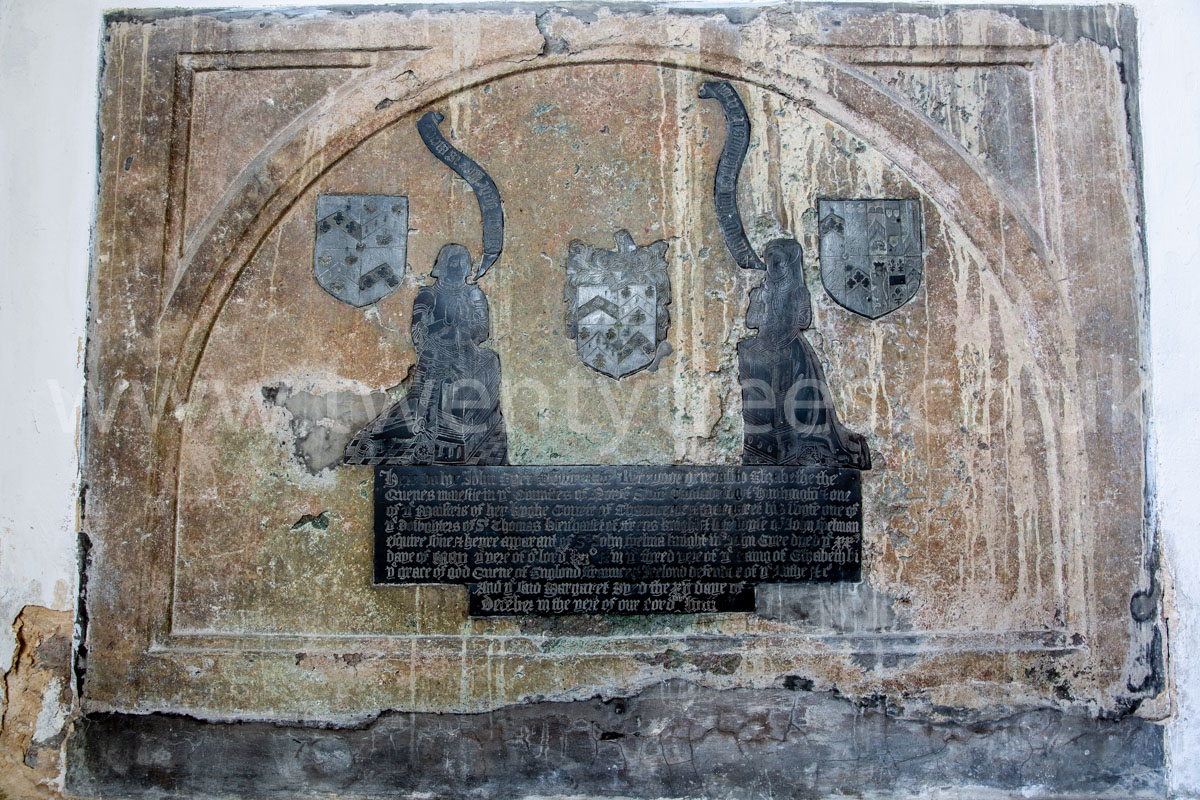 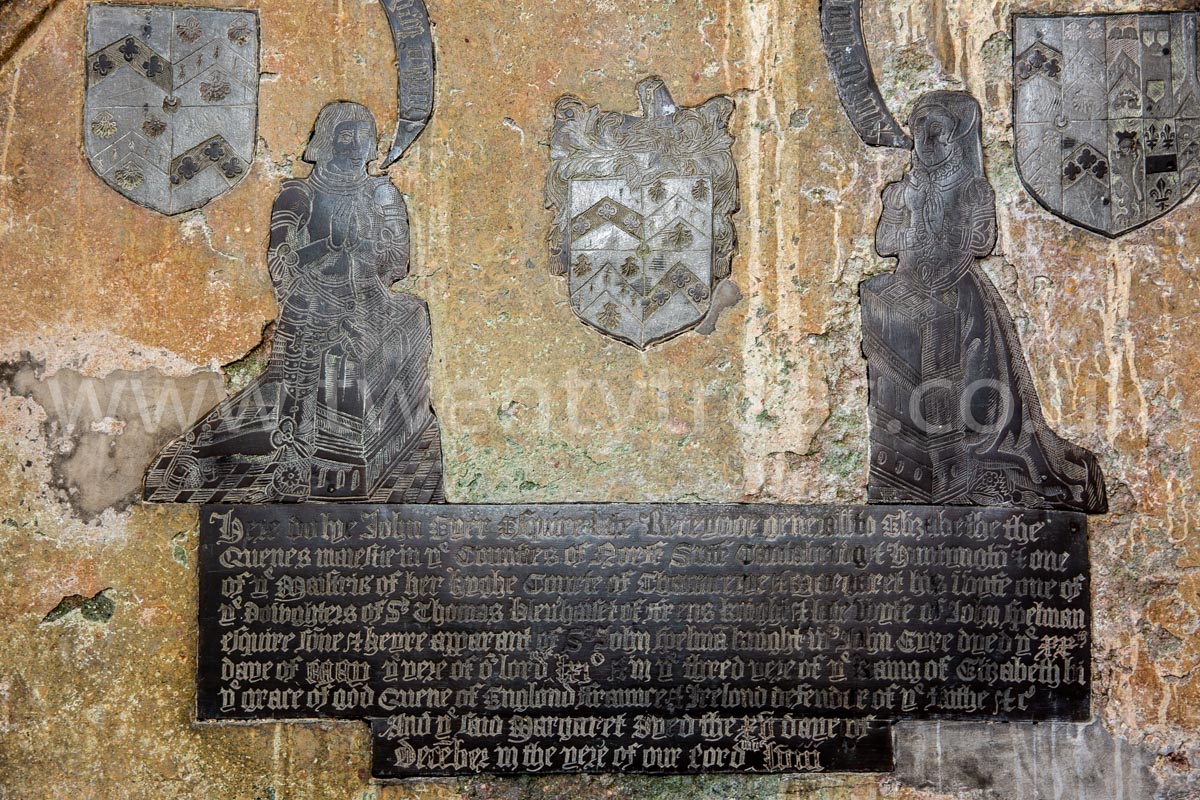 [her son] Clement Spelman of Narborough -1607

was born to [her former husband] John Spelman of -1545

. The mother assumed based on his father having married Margaret but not certain she is his only wife.