Dog(s) chewing at her dress

Around 1465 William Gascoigne 1409-1465 (56) died at Gawthorpe Hall, Harewood, West Yorkshire. All Saints Church, Harewood, West Yorkshire. Monument to William Gascoigne 1409-1465 (56) and Margaret Clarell. Fluted Period. Yorkist Suns and Roses Collar. His bare head, with finely detailed hair, no facial hair, rests on an unusual helm which appears to be a Maiden's Face, with an orle. Below the waist faulds and tasses under which mail may be seen. Both rest on a chest tomb with finely detailed weepers on each side. She, on his right, with a Widow's Barbe (from the French for beard) drawn up to her chin at the finely carved end of her dress two dogs, one pulling at the folds Dog(s) chewing at her dress.

and Elizabeth Winnington. Fluted Period. He wearing a Yorkist Suns and Roses Collar. She wearing a fine Butterfly Headress with large flap as also detailed in the weepers. Finely made folds at the foot of her dress with Dog(s) chewing at her dress. 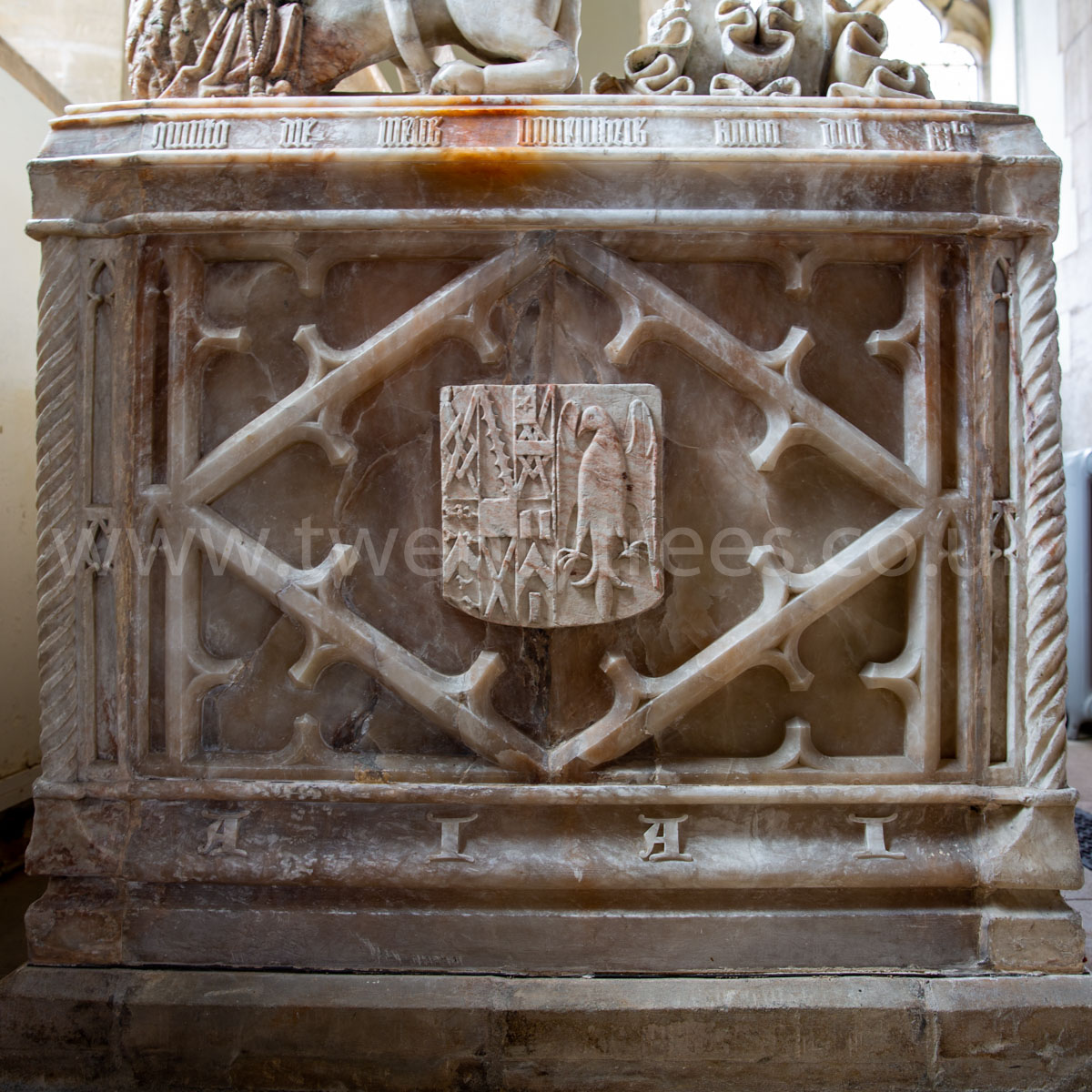 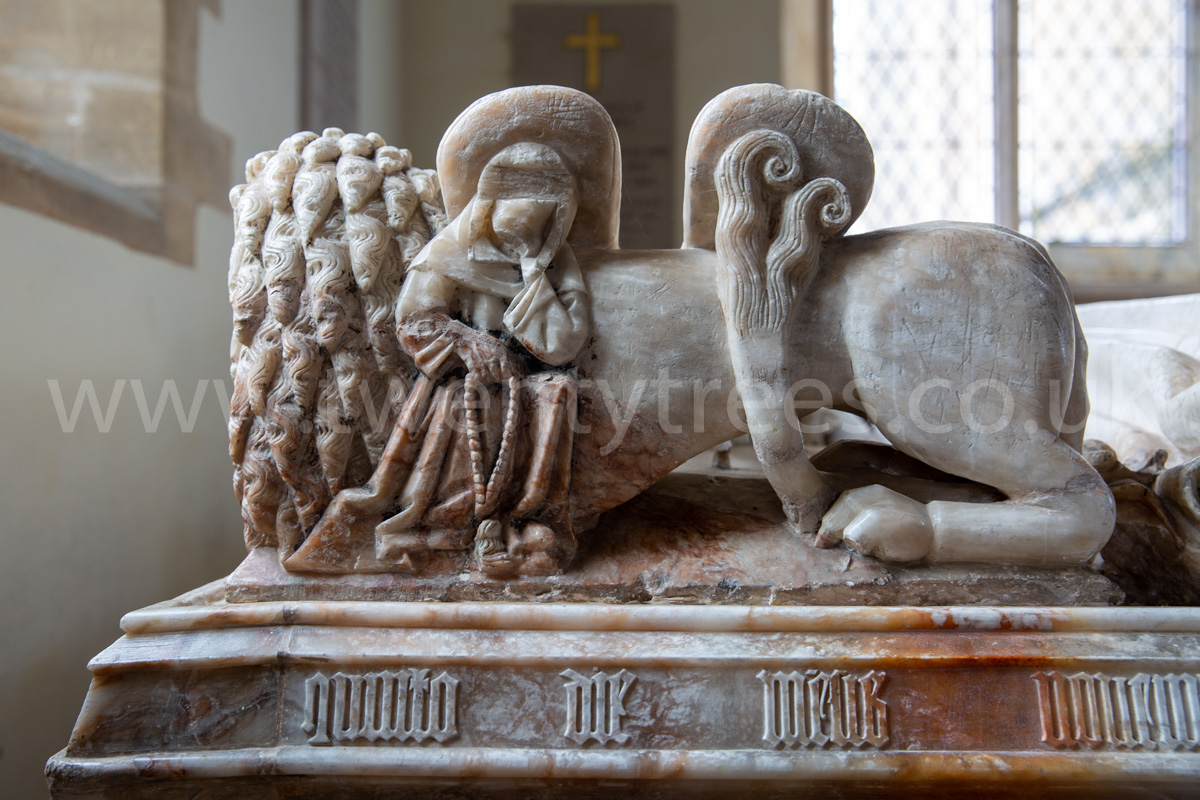 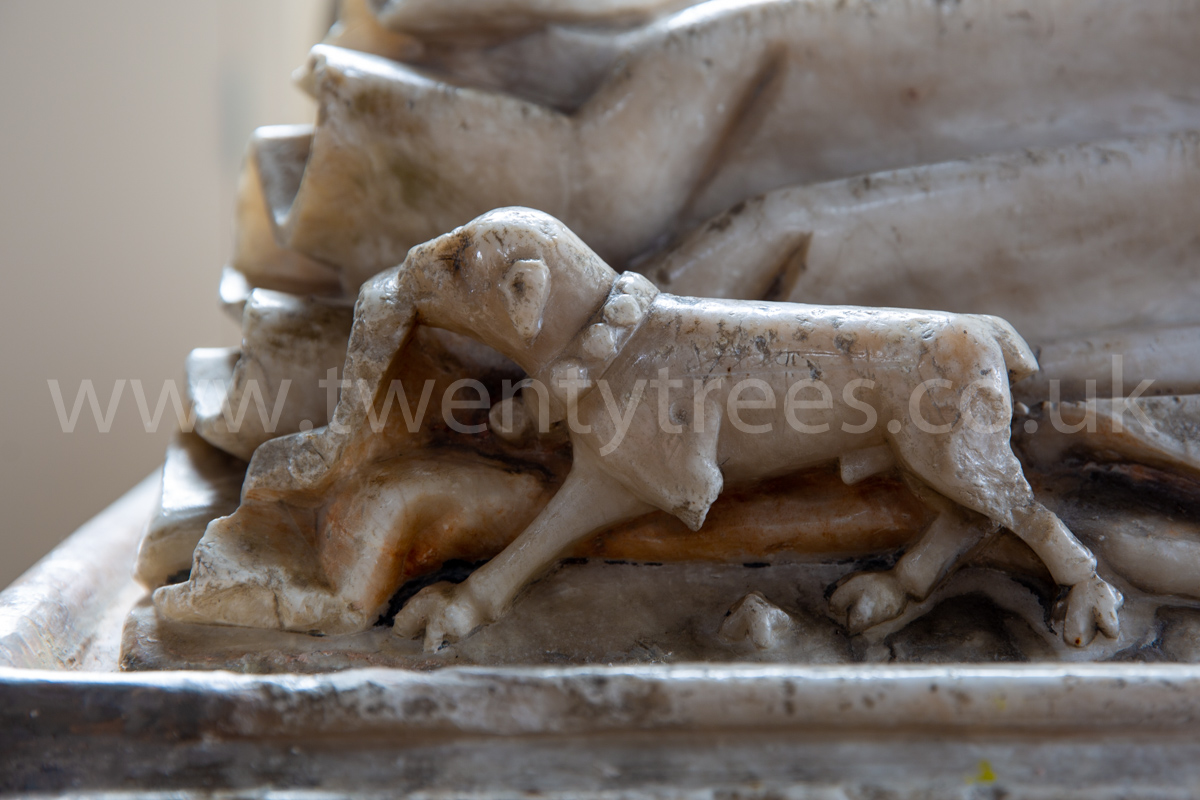 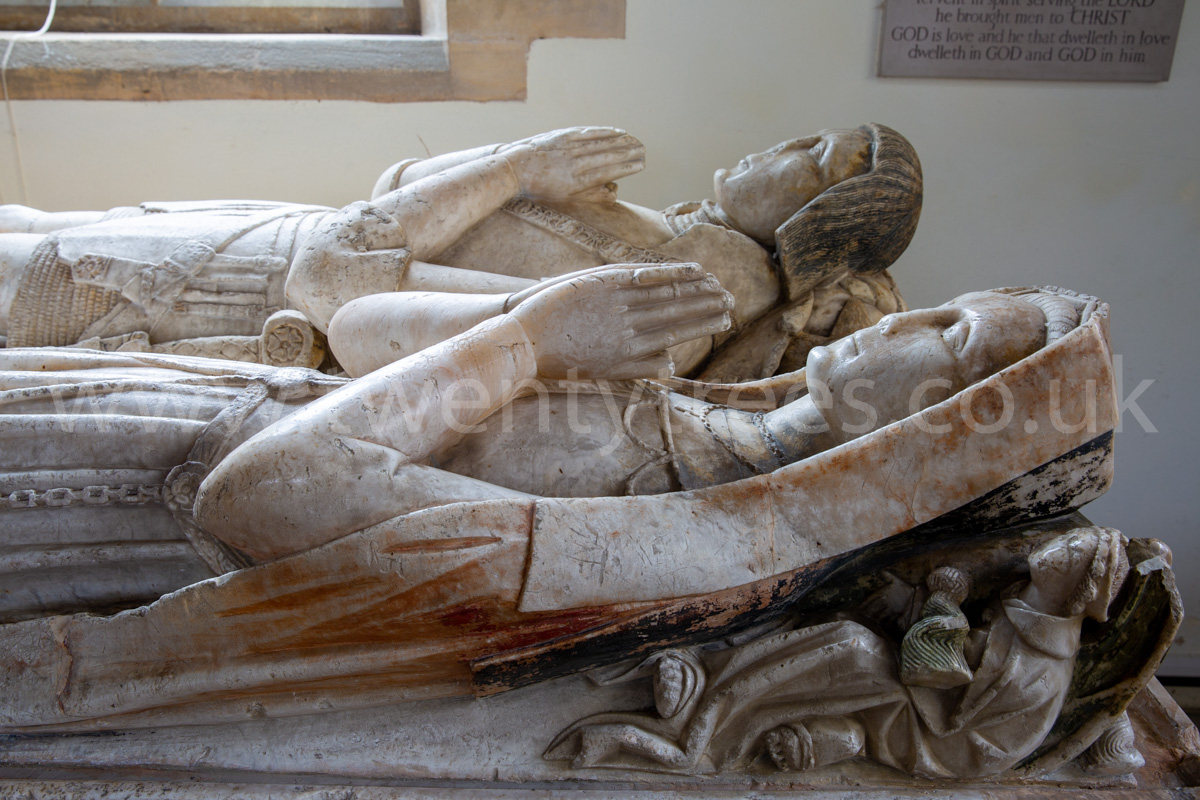 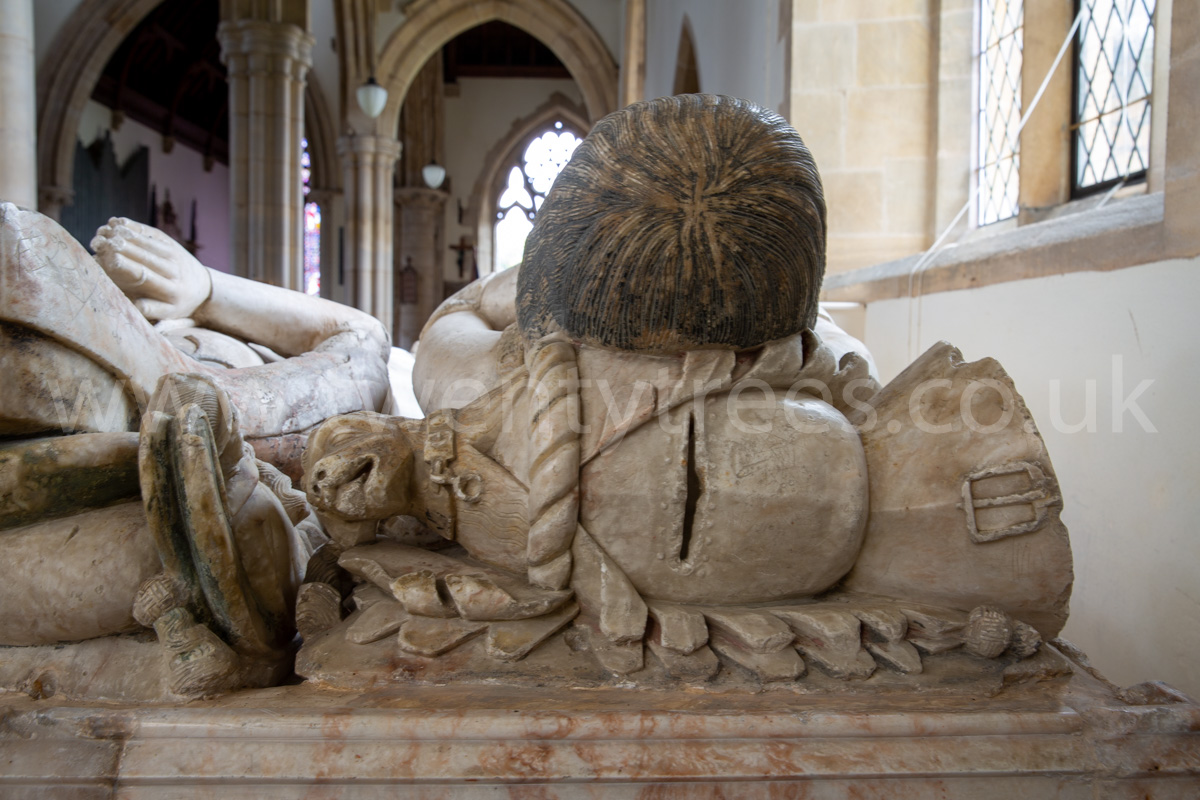 After 1554. St Mary the Virgin Church, North Aston. Believed to be a. Monument to John Anne -1554 but the armour would suggest it is around a hundred years or so earlier than his death in 1554. Finely carved in alabaster. Early Plate Bascinet and Gorget Period. Lancastrian Esses Collar. Lion Pendant. Fine Bedesmen on the chest. Dog(s) chewing at her dress. Possibly Harpur and Moorecock of Burton on Trent. 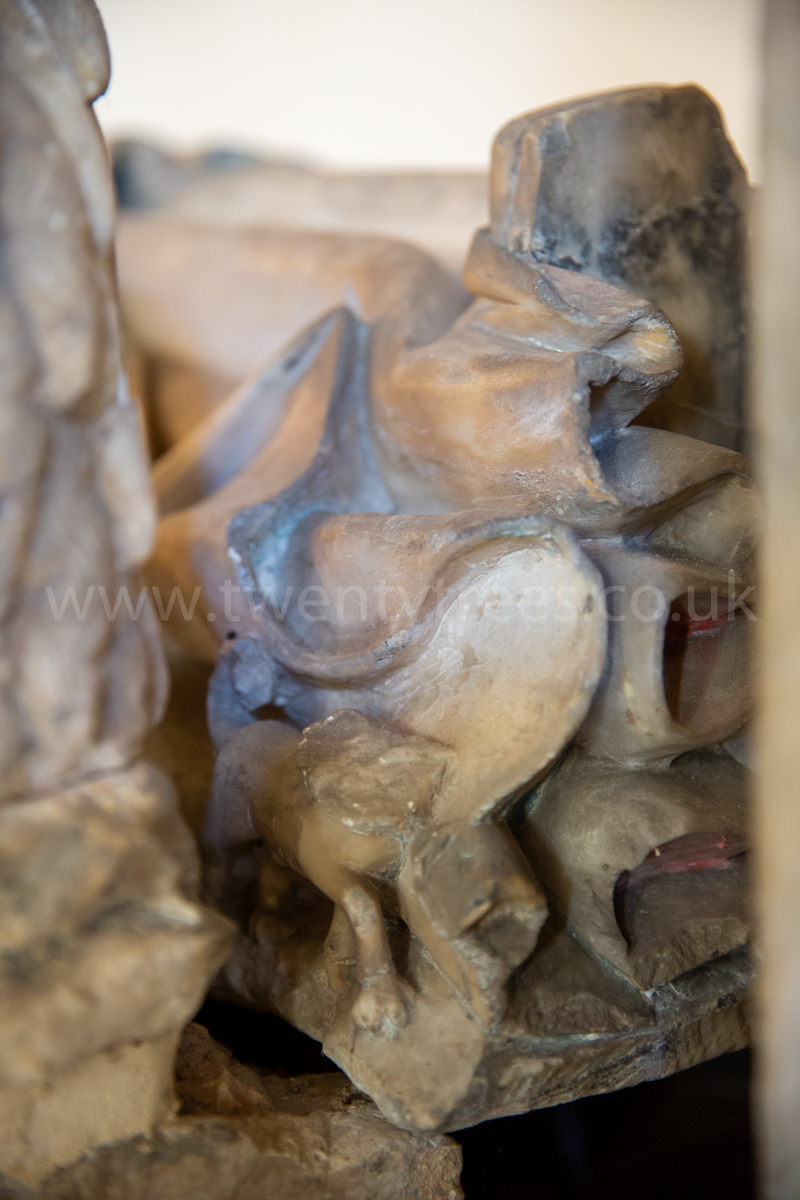 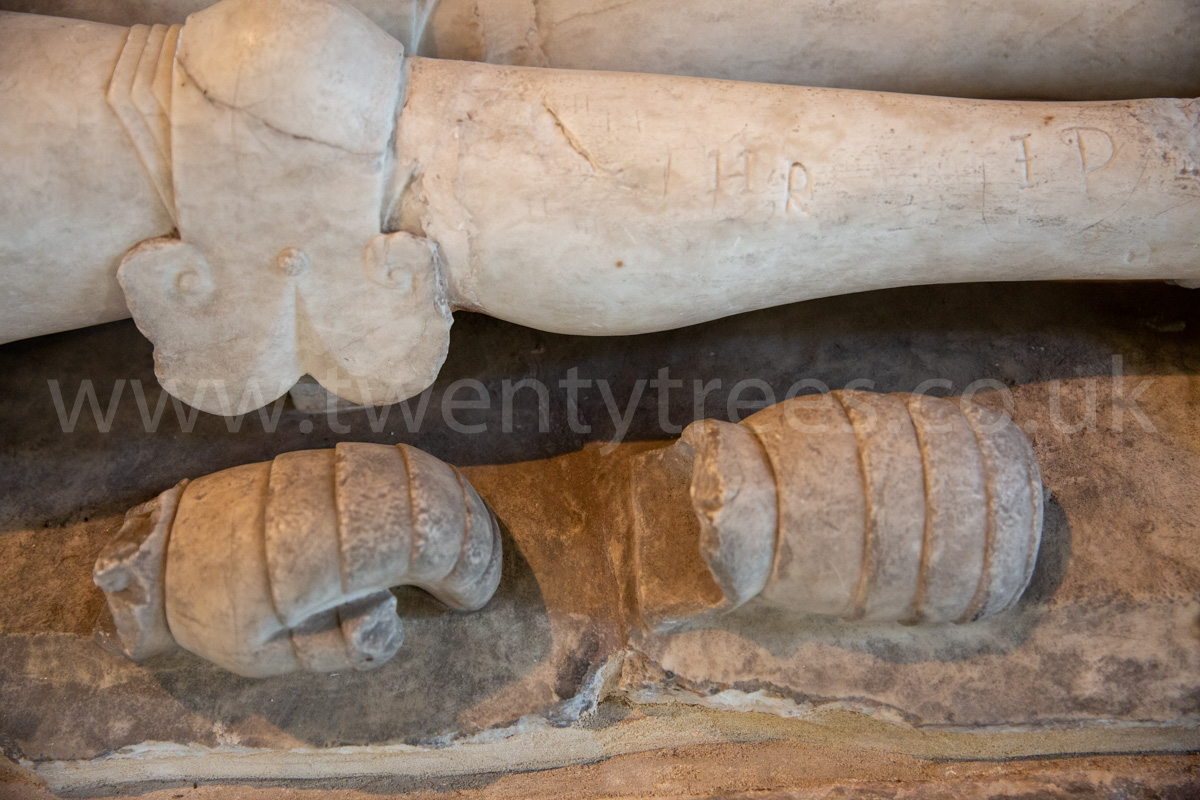 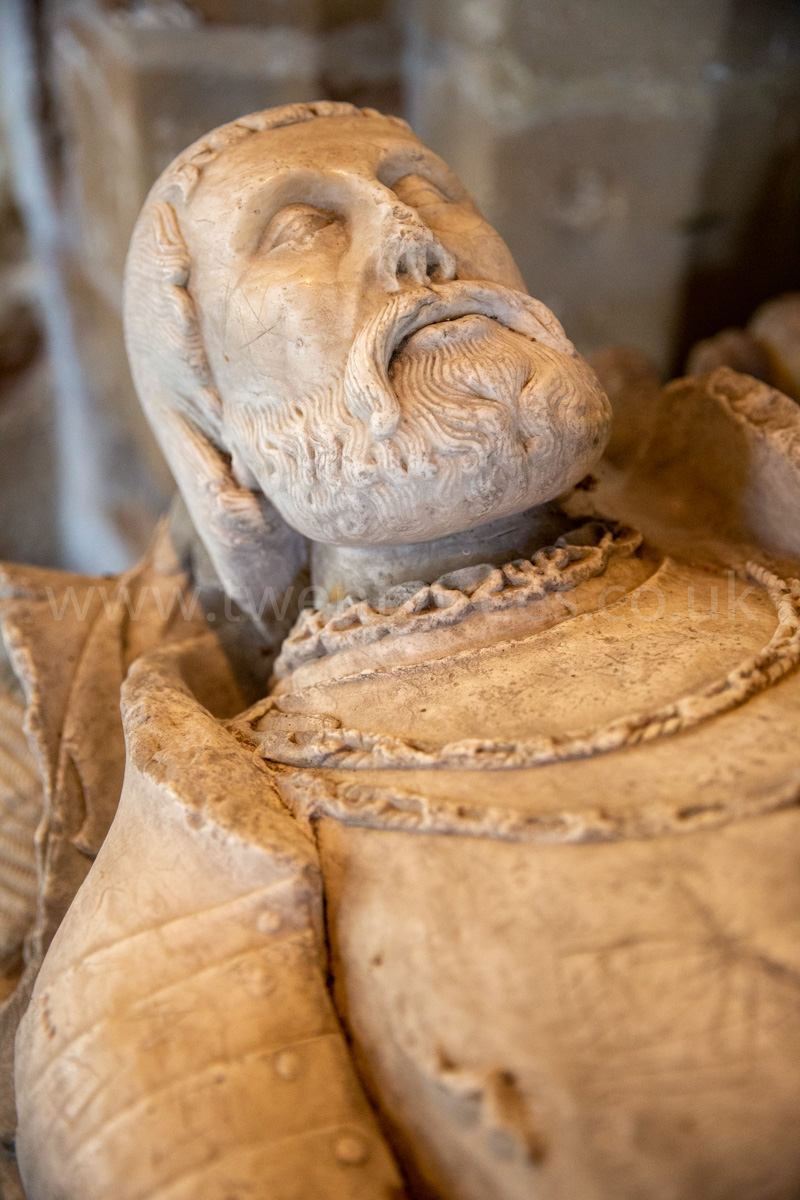 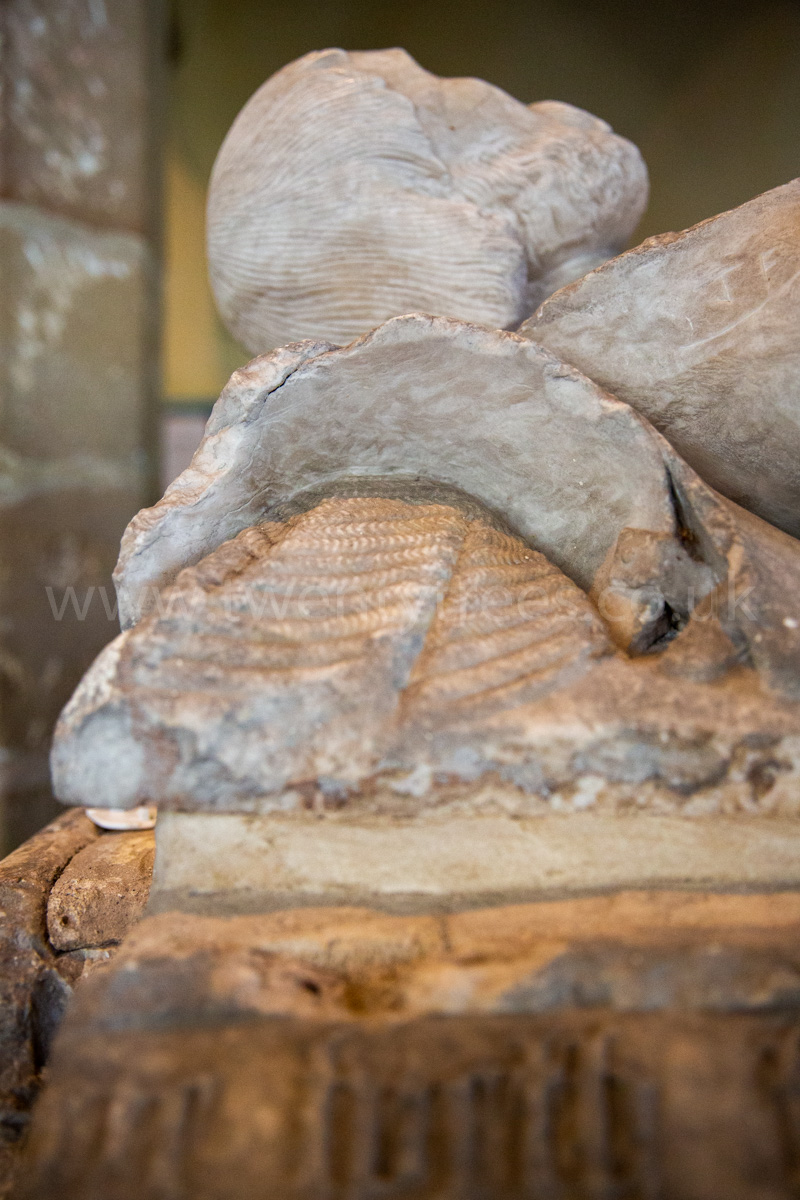 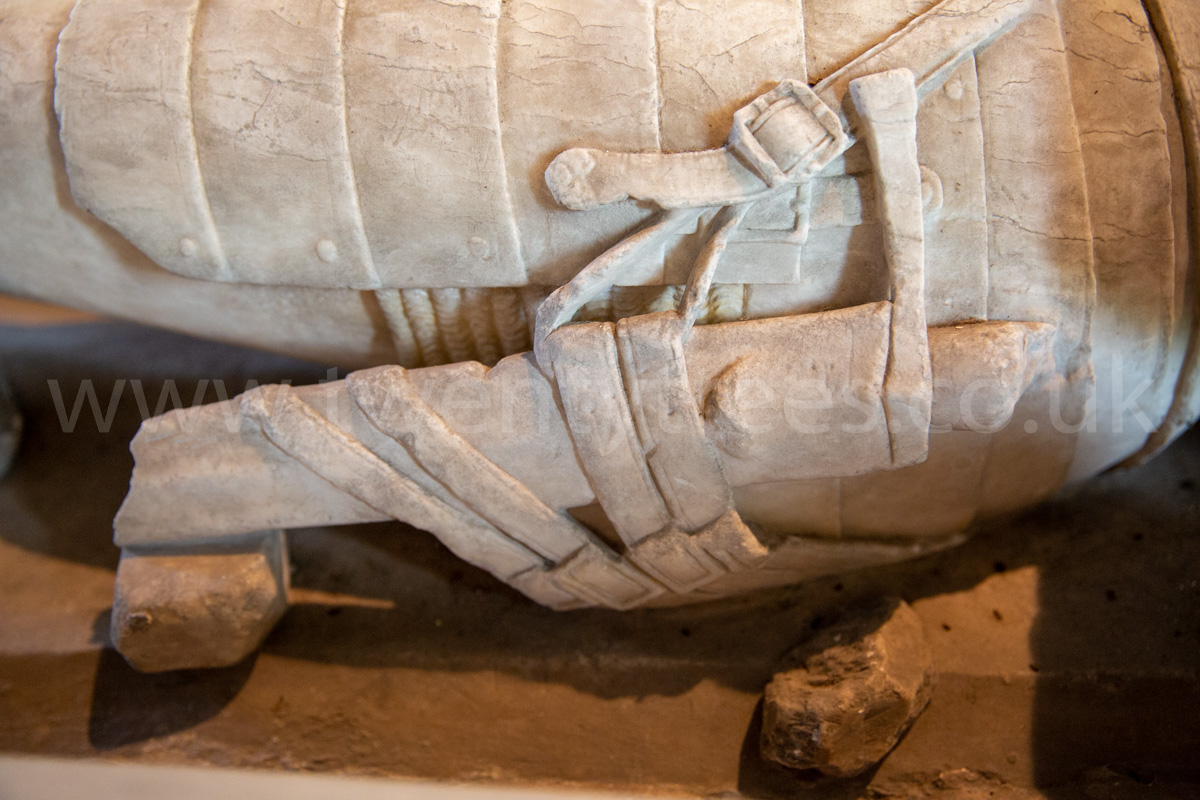