On 07 May 1592 Christopher Wray 1524-1592 (68) died. He was was buried in St Michael's Church, Glentworth. Monument to Sir Chistopher and his wife Anne Girlington. Elizabethan Recumbent. Elephant and Castle Crest. Pink, white and blue-grey marble. Two recumbent effigies, Sir Christopher above and a little behind his wife, he in red robes, black cap and thick Ruff; she in black robes, large Ruff and hood. Four kneeling white marble daughters below. Ornate tomb recess above with flanking pink marble columns with white and gold Corinthian Capitals. Undersurface of Recess decorated with white and gold bay leaves. Plaque inscribed above with raised plaque above with Sir Christopher's son at prayer flanked by coats of arms and Obelisks. 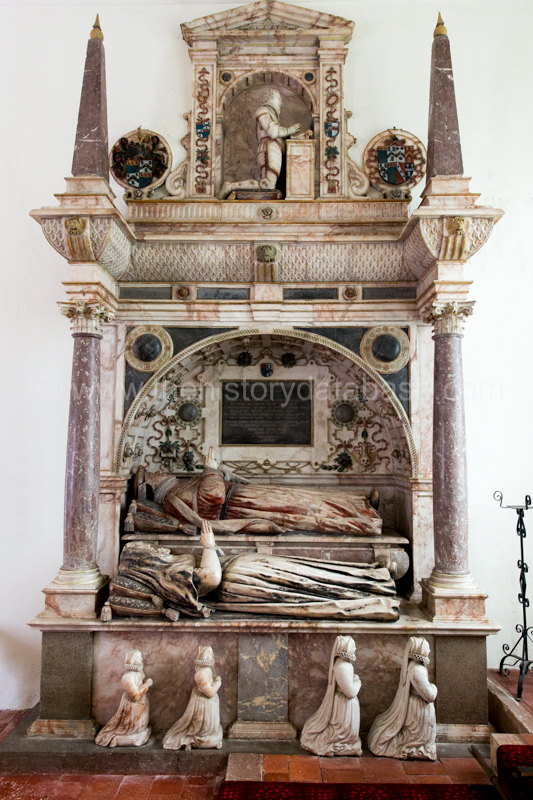 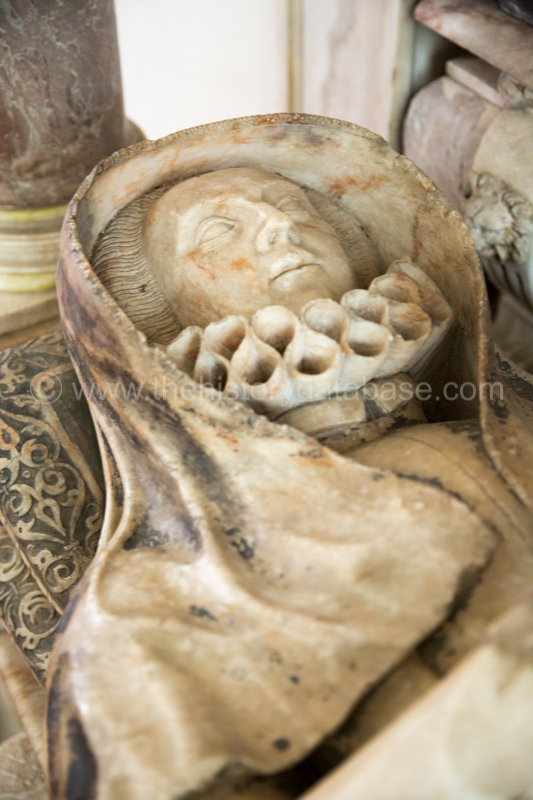 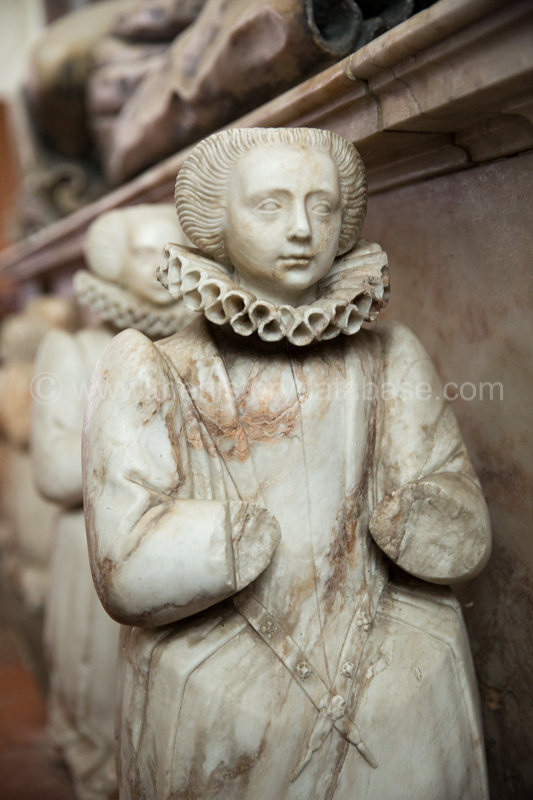 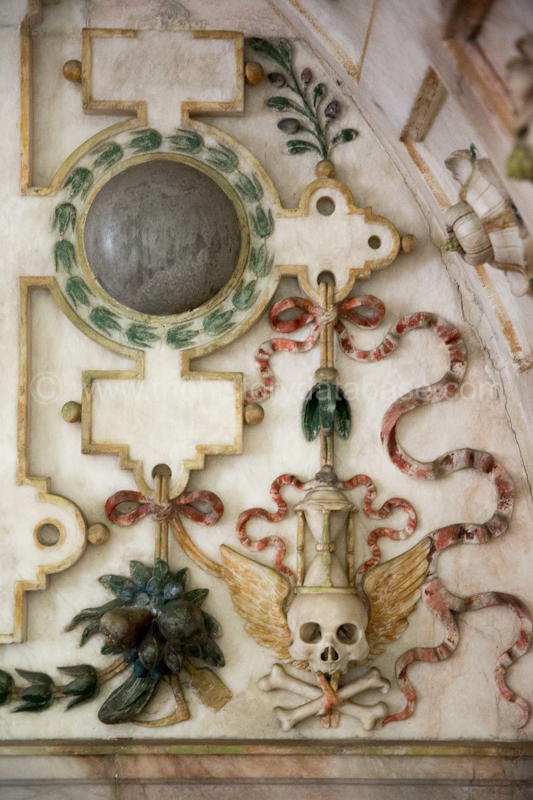 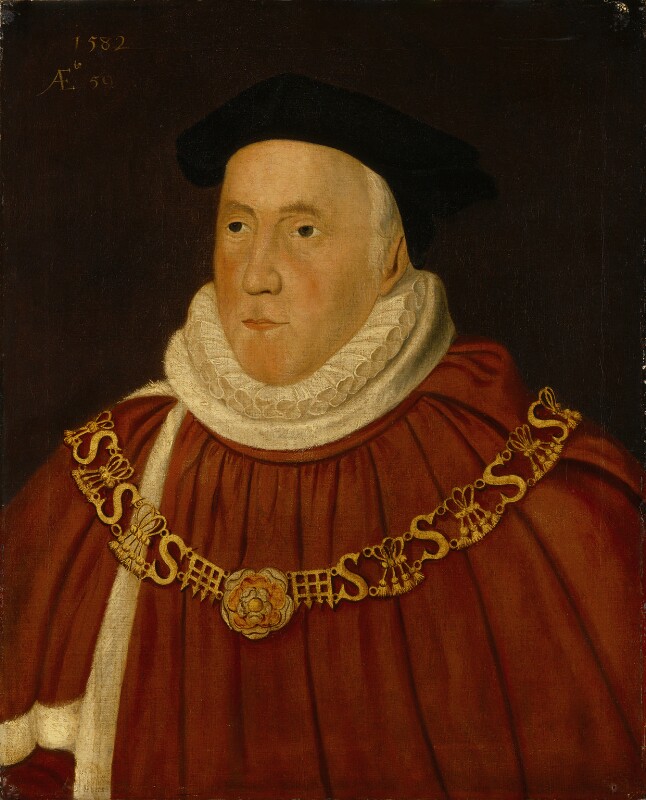 On 28 Oct 1613 George St Paul Baronet St Paul 1562-1613 (51) died. He was buried at St Lawrence's Church, Snarford. Monument to George St Paul Baronet St Paul 1562-1613 (51) and Frances Wray Countess Warwick -1634. Elizabethan Recumbent. A base supporting the reclining figures of the deceased with composite Pillars supporting an Entablature and armorial termination. In the base is a central semi-circular niche containing a carving of the deceased's daughter, flanked by niches containing mourning Putti. Above on the lower step is a figure of Frances in full mourning dress with formal Ruff and hat, reclining on a cushion holding a prayer book. On the upper step he reclines in plate armour with a sword. The figures are contained in a semi-circular headed Recess with roses in the archivolt and on the back wall is an inscribed rectangular panel with scrolls and memento mori. The Pillars to either side support a frieze and Entablature from which rise flaming urns and at the angles, and at the centre is a raised achievement of arms flanked by scrolled shields and Obelisks. 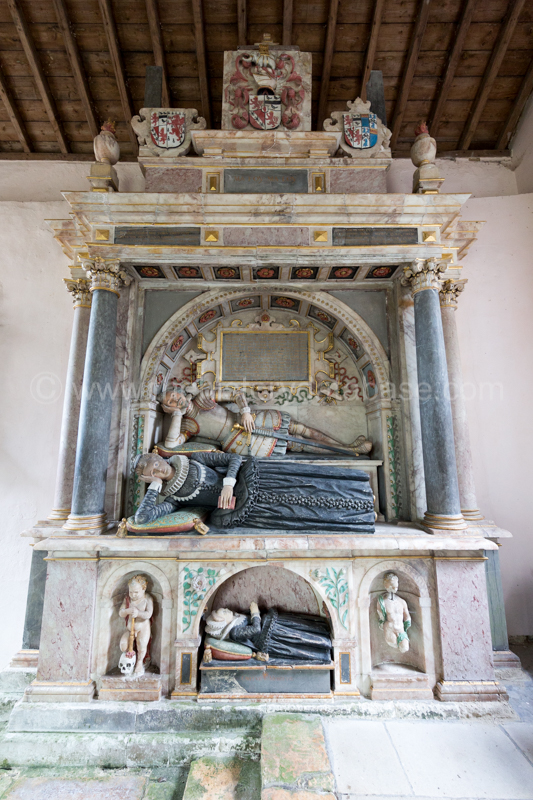 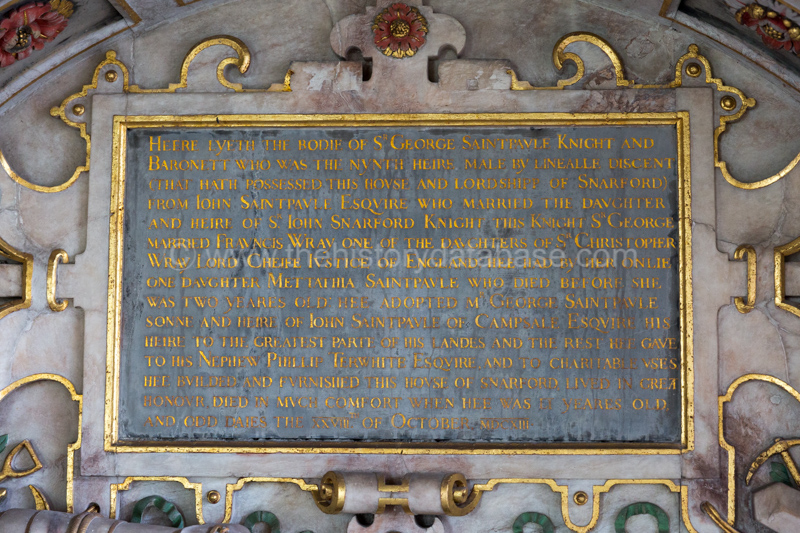 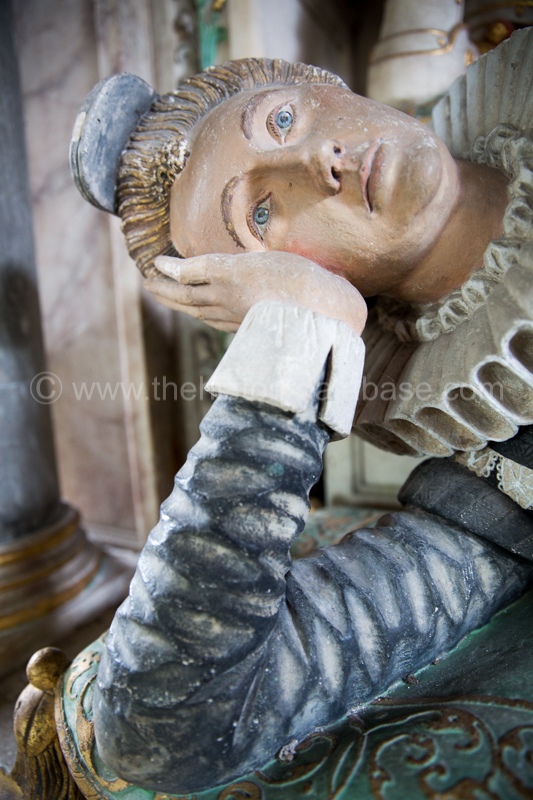 died in Bury St Edmunds. Jacobean Hooded Monument sculpted by Nicholas Stone Sculptor 1587-1647 (40) in St Andrew's Church, Bramfield. White and black marble; reclining effigy of Elizabeth with Arthur kneeling in prayer above within an arched Recess; Arms over the arch and surrounding it are seven Cartouches.

by marriage Baroness Leigh of Stoneleigh in Warwickshire (2C 1839).
Monument in The Church of the Virgin Mary, Stoneleigh. An elaborate Recess in late C19 Gothic style constructed in 1850 for alabaster Table Tomb; unclear as to why the effigy was not installed.